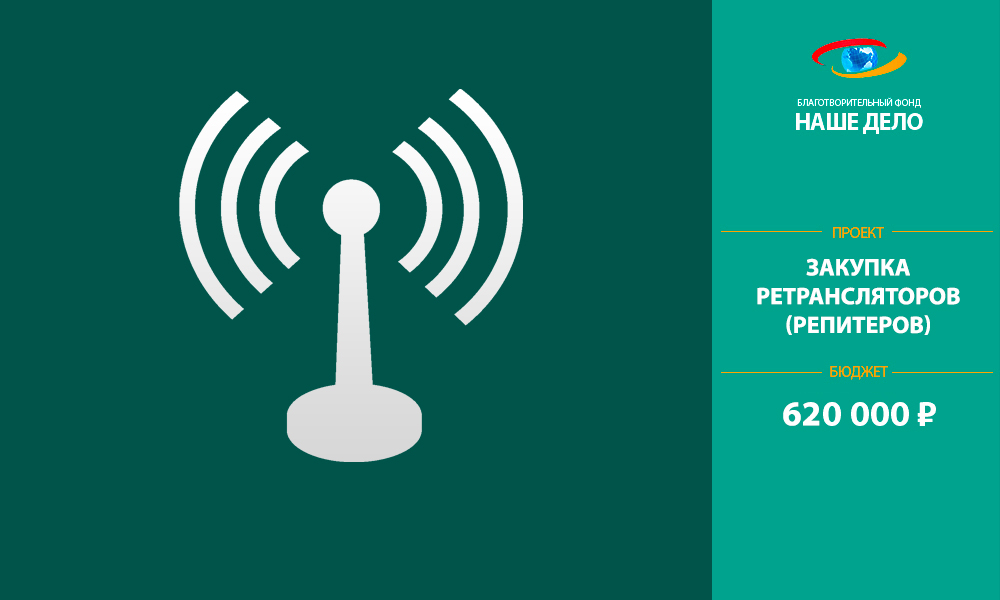 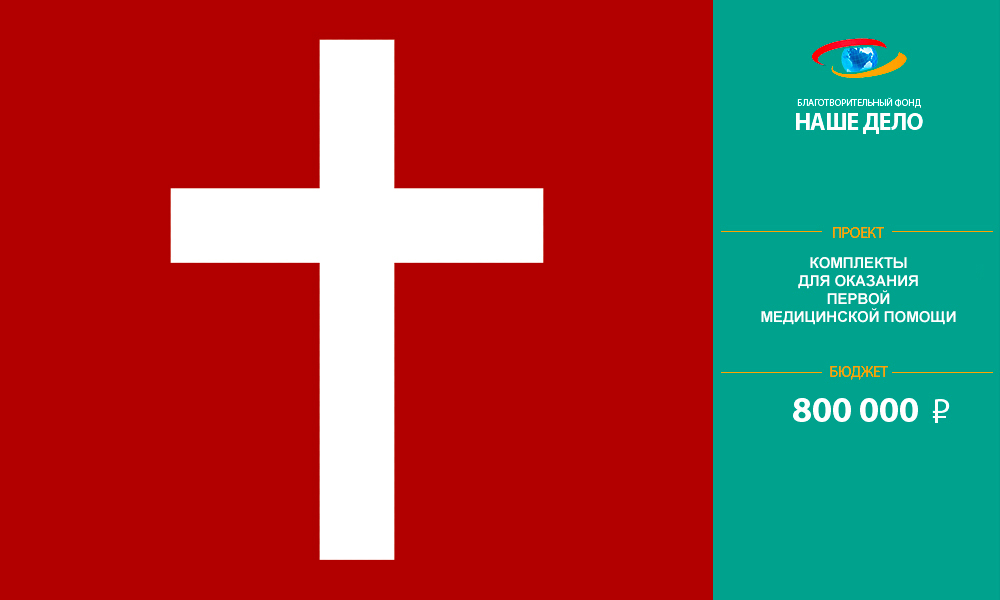 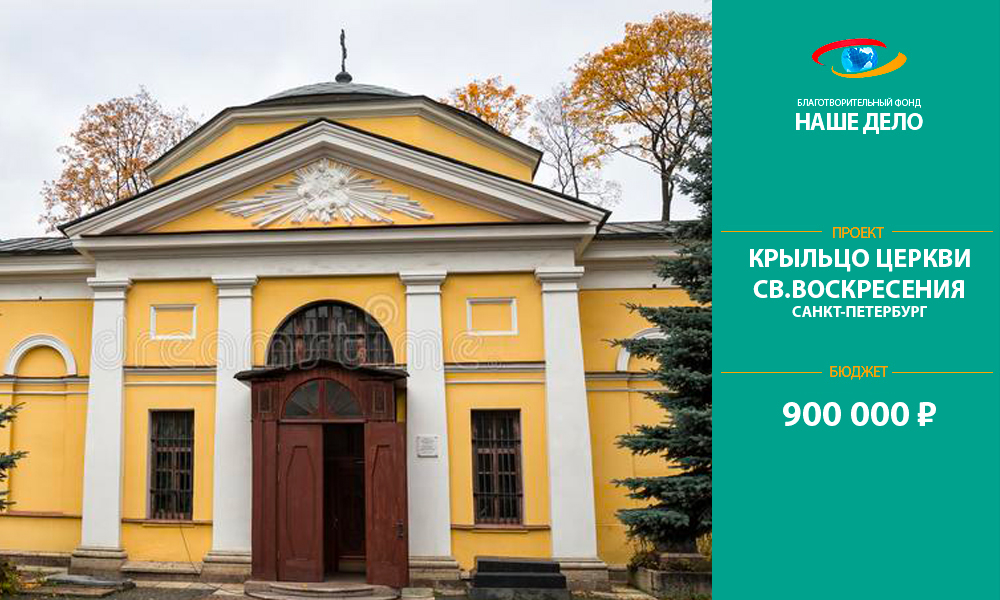 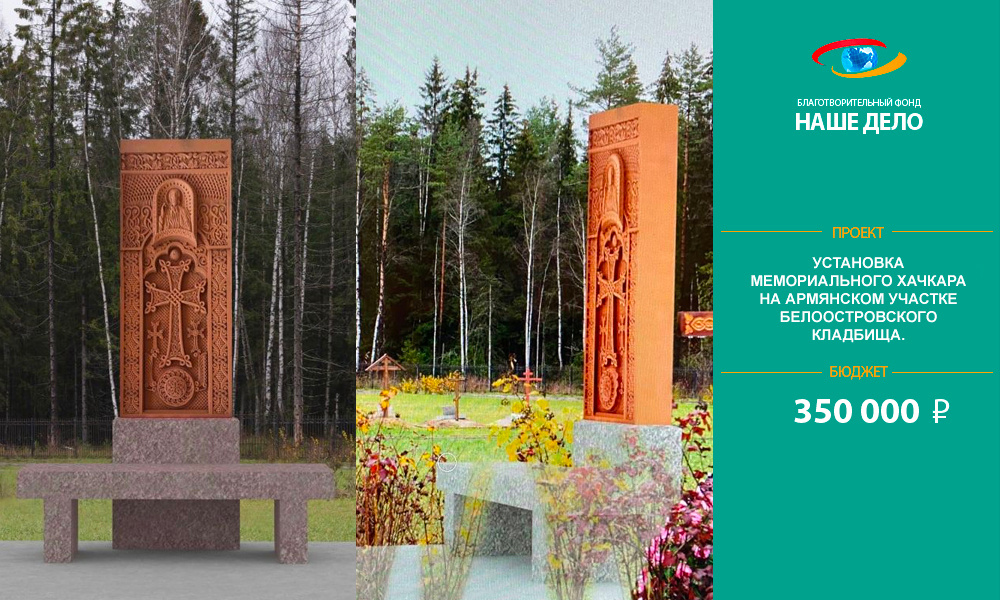 Status: Fundraising is going on…

📹 Here we have purchased with your help a Hytera repeater with an antenna feeder device. Thank you “Our Business”!

The Charity Foundation “Our Cause” publishes a new project.

A new bloody conflict has been unleashed by the enemies, which has already claimed the lives of hundreds of our compatriots. Several hundred more are wounded. In the directions chosen by the enemies to attack, we have many remote mountain villages, communication with which is not always stable and reliable. It is often impossible to inform in time about the presence of wounded civilians and the need for their evacuation and hospitalization. The analysis of the situation revealed that in order to improve communication and awareness, it is necessary to purchase several repeaters (repeaters). I ask everyone to participate in this project as much as possible to preserve the health and life of our men, women, the elderly and children. They are the first, besides the army, who meet enemies in our ancient holy land.

We also want to draw attention to the ongoing project for the purchase of first aid kits for residents of the border area on the battlefield and for injuries in populated areas.

As always, the report

PORCH OF THE CHURCH OF THE HOLY RESURRECTION IN SAINT PETERSBURG

Status: fundraising is going on…

Friends! Less than six months ago, on the initiative of Charitable Foundation ‘Our Duty’ and thanks to the efforts of Levon Yurievich Abramov, the gates of the Church of the Holy Resurrection from the side of the cemetery were restored, and they began to be used again for their original purpose.

The Charitable Foundation ‘Our Duty’ is publishing a new project. Now it is planned to restore the entrance group of the Church of the Holy Resurrection. The door and porch were installed after the revival of the church in the late 80s of the last century – that is why they need to be restored.

The first Armenians appeared in Saint Petersburg during the reign of Peter I. Until 1791, they were buried at the Smolensk heterodox cemetery. In connection with the request of Archpriest Stephen, Empress Catherine II, by her decree of February 15 (26), 1791, ordered to allocate a place for a separate Armenian cemetery and allowed the construction of a stone church. On May 4, 1791, the church of Surb Harutyun (Holy Resurrection) was laid at the cemetery.

The temple was built on the initiative and at the expense of the head of the Armenian community of Saint Petersburg – Ivan Lazarevich Lazarev. The consecration took place in 1793.

In 1901, according to the design of the architect Alexander Kochetov, a church house was built nearby, the facades of which are decorated with carved ornaments, with motifs of Armenian architecture.

In the 1930s the church was closed and used as a sculpture workshop. The return of the church to God believers took place only in 1988. Over the past period, the entrance group was exposed to negative factors, including climatic ones.

We invite you to participate in this project and contribute to the restoration of our church.

A survey and cost estimate of replacing the entrance group (doors, porch and granite base) were carried out.

Fundraising is going on…

The CF ‘Our Duty’ presents one more important humanitarian project. Compatriots who are not indifferent to what is happening in Armenia are conducting trainings in Syunik on providing first aid in emergency, including conflict situations. Trainings are held both in Goris and in border villages for the local population. After training a number of fanny packs (expanded medical kits) is sent at the disposal of trained residents, especially in places of potential emergency situations. Because of the lack of adequate funding from the relevant competent authorities and the lack of necessary components in Armenia, they asked us to help in completing of first-aid kits. Each completed first aid kit (belt bag) is the saved life of our citizens on the troubled border!!! The statistics of the Second Artsakh War showed that a large number of deaths were the result of non-provision or improper provision of medical care to the victims. The border dwellers, their instructors and our Foundation will be grateful to you for your donation and, as a result, potentially saved lives of many of our citizens. As the number of necessary first-aid kits has no limit, only the first required amount is indicated in the project.

We thank in advance all those who responded, for whom the saved life of a person is the most important thing!

We express our gratitude to everyone who has helped and continues to help in such an important project as sending first aid kits to the border regions of Armenia. The first 200 sets have already been purchased. We published a short video report. The project is going on…

Fundraising is going on… 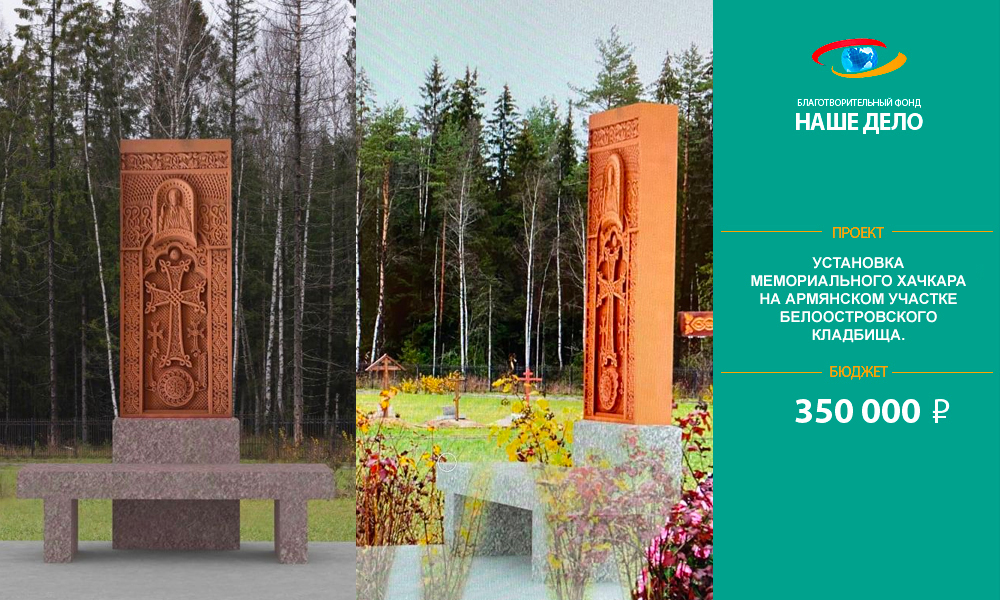 In the resort district of Saint Petersburg, in Beloostrov, there is a new cemetery, on which the Armenian section is separately allocated.

The Armenian Apostolic Church and Our Duty Charitable Foundation made a joint decision to erect a memorial khachkar, as well as ennoble the area around the khachkar and install a granite pedestal to say goodbye to the deceased.

We invite you to participate in the financing of this project. To do this, you need to select this project on the site and transfer the funds to the intended purpose of the payment.

Thanks for your support!